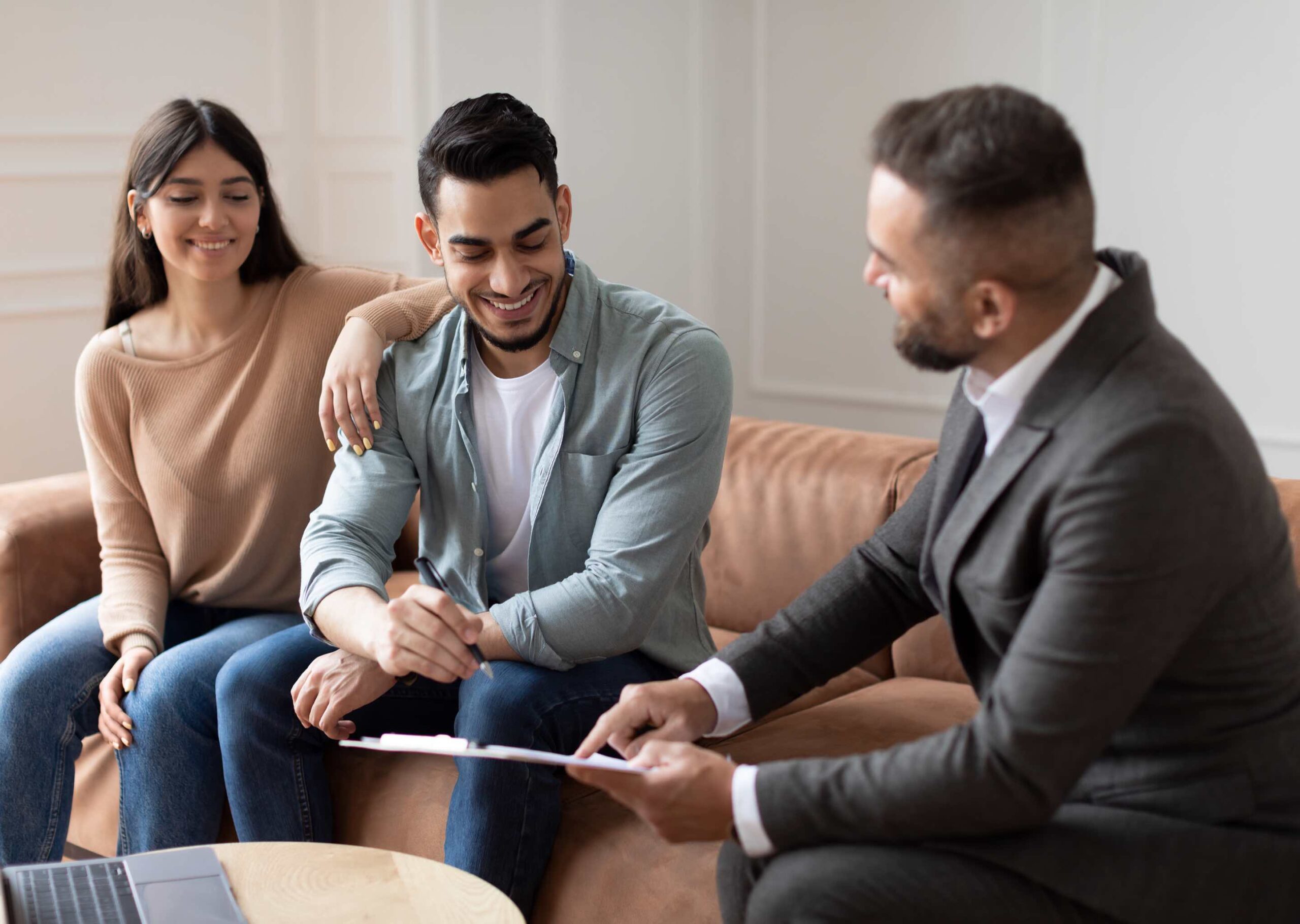 No matter what your experience is transacting real estate, we’ll help you make sense of the process whether you’re a buyer, seller, or agent. We’re here to help.

Reach out to the HomeLife Landmark team here. The Greater Toronto Area is ever-expanding with exciting new home developments underway throughout the region, ranging from low-rise master planned communities to mid- and high-rise buildings in urban centres. A prime example of this rapid growth taking place across the GTA is along the Danforth in Toronto. In this blog post, we’ll look at the exciting changes taking place in the Danforth Village area, some of the upcoming developments including the Dawes by Marlin Spring and what to expect in the next few years.

The redesign of streets in the vicinity, such as Dawes Road, will introduce multiple green spaces such as parks and pedestrian mid-block connections. These spaces are designed to encourage and accommodate pedestrian, cyclist and vehicular movement in a shared street condition and promote open spaces through the form of Privately-Owned Publicly Accessible Spaces, also known as POPS. Figure 1 below illustrates an overview of a designed plan to revitalize the area.

Figure 2 illustrates the proposed additions inside this community.

New developments in the vicinity will be required to provide residential and non-residential uses. Non-residential uses will typically be located in the base of new buildings, particularly tall ones, and may be used for commercial, retail, office, medical, community services, and creative spaces.

Additionally, the Toronto Public Library Dawes Branch will be redeveloped into a 20,000 sq. ft. Library and 5,500 sq. ft. Community Hub. Designed by architects Perkins + Will, the new Dawes Road Branch and Community Hub’s exterior is influenced by the blanket in Indigenous cultures.

The GO Station will also be integrated into a new development and replace the existing Main Square Community Centre, adopting its name. The centre will also include a swimming pool, an aerobics space, a gym with a basketball court, a fitness centre, activity rooms, a kitchen, and other amenities if approved by the city. In addition to the housing and community spaces, the southern edge of the centre includes an improved platform for the Danforth GO Station, while a new entrance will be integrated into development at the west end of it where Main Street crosses over the rail corridor.

Danforth Village is only 5 stops away from Pape Station on the Ontario Line, an $11 billion infrastructure project set for completion in 2027. It is expected to become a full 15.6km line with a total of 15 stops, including Danforth and Pape, which will be only 5 stops from the existing Main Station at Danforth Village. It only takes 19 minutes via subway to get to Ryerson University and just 16 minutes to the University of Toronto.

The Dawes is an upcoming 38- and 24-storey mixed-use development by Marlin Spring at Main Street and Danforth Avenue. The community will consist of two residential towers connected by a 6-storey podium totalling 631 residential units.

High-quality private residential amenities will be featured at the Dawes, including:

The Dawes will also feature:

This development will not only provide areas for small businesses and studios, but it will also shape a community that is closely connected to several modes of transportation. Travel times through these transit options include:

The Dawes by Marlin Spring is the first of several major projects coming to the Danforth Village area which will bring over 5,000 units to the area by other top tier developers like Minto, Slate, and others.

With the upcoming 20,000 sq. ft. library and 5,500 sq. ft. Community Hub, so much is happening in Danforth Village! This will become a multi-model site with access to a wide variety of transportation options, and has also been identified as being part of a Metrolinx Mobility Hub.

Overall, the future of Danforth Village is extremely bright with lots happening in the coming months and years. Whether you’re looking forward to the multiple green spaces, easy access to transportation, or the numerous residential and commercial opportunities, there will be so much more coming your way soon.

Speak to one of our agents to learn more about Danforth Village, The Dawes and similar upcoming pre-con projects in the area. Reach out today and we'll be in touch shortly. All You Need to Know About Six99 Condos at Bayview Village See how our unparalleled real estate services have helped hundreds of home buyers and sellers throughout the Greater Toronto and Hamilton Area achieve success.